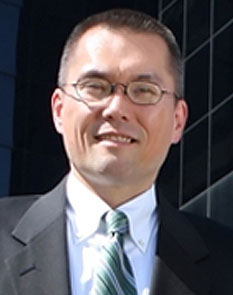 John Nechman is a partner in the law office of Katine Nechman McLaurin LLP, where he focuses on immigration law. Born in Seoul, Korea to a Korean mother and American father, he is an immigrant and long-time immigration advocate. He has lived in Houston, Texas since second grade and could not imagine permanently living anywhere else.

In 1983, John received his bachelor of arts degree in Spanish and International Business from the University of Texas in Austin. After graduating, he spent the next 5 years living, working, and traveling in over 100 countries on every continent except Antarctica. During this time, he became fluent in Spanish and proficient in several other languages, including German, Portuguese, Italian, and Norwegian.

In 1995, John received his law degree from South Texas College of Law in Houston, where he has served as an adjunct professor since 2003 teaching courses such as "Sexual Orientation and the Law" and "HIV and the Law." He is also an adjunct professor at the University of Houston Law Center. He began working in immigration law and established a strong reputation, particularly on difficult asylum cases involving individuals seeking the protection of U.S. laws so as not to be forced to return to nations where they could be persecuted. He served as chair/president of several national, state, and local legal organizations, including the New York-based non-profit organization Immigration Equality and the Washington, D.C.-based National Lesbian and Gay Law Association. He has become a frequent speaker on immigration, business, human rights, and GLBT/HIV-related legal issues, and he often visits Houston-area schools to speak to students on such topics as the importance of jury duty, becoming a lawyer, and the dangers of drug and alcohol use.

Opening Katine Nechman McLaurin LLP is among John's proudest achievements, and he sees partnering with Mitchell Katine as a way to provide Houston a firm unlike any other one that understands the complexities of the city and its ever-growing role locally, nationally, and internationally. John has made several trips to China and Latin America to explore new links to and from Houston, and much of the firm's focus will be on providing all Houstonians and those in need of the firm's unique services with the hands-on care one expects of a boutique firm together with the connections, services, and prestige expected of a large firm.

He has twice been named a "Super Lawyer Rising Star" attorney by Texas Monthly Magazine and is the recipient of the 2004 Stonewall Law Award for Excellence in Advocacy, the Human Rights Campaign's 2005 Political Equality Award, the 2007 State Bar of Texas's Judge Norman Black Award, and the 2007 Outsmart Magazine Statue of Liberty Award. In 2005, Houston's Ballet Fiesta Mexicana presented him an award for his support to the organization.

In his free time, John and his partner Ricardo enjoy working on the gardens of their home in the forests of northeast Harris County, listening to Latin and world music and jazz, traveling, and discovering everything they can about Houston and the Texas Gulf Coast.

From the offices of Katine Nechman McLaurin in Houston, Texas, we help clients throughout the Greater Houston area, including Pasadena, Galveston, Sugar Land, Conroe, Richmond, Rosenberg, Bellaire, Humble, Harris County, Galveston County, Brazoria County, Fort Bend County, Wharton County, Montgomery County, the Inner Loop, The Galleria, all areas of the Texas Gulf Coast, and the entire state of Texas. Our immigration practice covers clients throughout the United States and around the world.

CORONAVIRUS UPDATE: WE ARE OPEN AND READY TO HANDLE YOUR LEGAL NEEDS

We hope you and your loved ones are staying safe and well during the Coronavirus pandemic.

Katine Nechman McLaurin LLP remains dedicated to assist you through in-person visits (though we ask that anyone coming to the office wear a mask), and for those who prefer, we can also continue to assist you through such means as remote access, e-mail, teleconferencing, and videoconferencing. We also continue to receive mail, facsimiles, and emails; we have a mail slot by our front door for items that need to be delivered; and we can process credit card payments over the phone. We will continue to provide the service and attention you expect on all of your legal needs during these difficult days, and we will continue to keep you informed as this situation evolves.

FOR CONSULTATIONS OR QUESTIONS: Contact us at 713-808-1000 or info@lawkn.com or via our individual cell phones or email addresses.