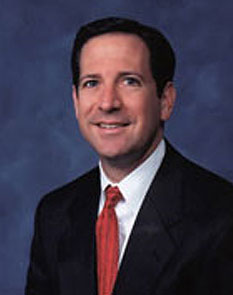 Mitchell Katine is a founding partner with the law firm of Katine Nechman McLaurin LLP Over the course of his career, Mitchell has not only distinguished himself as an outstanding professional with unique talents and expertise in a myriad of legal fields, he has also been a community leader and advocate for many of the most marginalized in our society. He is perhaps best known as having served as local counsel for John Lawrence and Tyron Garner in the landmark United States Supreme Court case of Lawrence v. Texas, which created new paradigms in U.S. privacy law jurisprudence.

After 20 years, including 11 as partner, at the prominent Houston firm of Williams, Birnberg & Andersen, L.L.P., Mitchell decided to start his own practice with his new law partner, John Nechman. He continues to concentrate on the areas of real estate, with a special emphasis on real estate litigation, homeowner association law, title insurance matters, landlord-tenant disputes, and adjoining landowner issues. He also handles employment and HR matters, estate planning and probate, general and business litigation, as well as insurance, adoption, and disability (including HIV and AIDS) matters.

While at Williams, Birnberg, & Anderson, L.L.P., Mitchell quickly forged a reputation as an attorney of formidable skills. He also became a certified mediator, a publisher of numerous law-related articles, and nationally-known speaker and Continuing Legal Education presenter on numerous topics. In 1993, Texas Governor Ann Richards appointed him to the Texas Real Estate Commission, where he served as a Commissioner for 6 years.In 1994, he became an adjunct professor at South Texas College of Law, and in 2001, he took on the same role at the University of Houston Law Center, teaching "HIV & The Law." He has also served on the State Bar of Texas's Grievance Committee Panel as well as the Disability Issues Committee.

Since the early days of the HIV/AIDS crisis, Mitchell has been a stalwart leader in the battle to help those with HIV/AIDS.He has also helped create numerous GLBT legal organizations in Houston and Texas, and he regularly appears on local and national television and radio programs where issues such as same-sex marriage, gay and lesbian adoption, HIV/AIDS, and civil rights are discussed and debated. He is particularly proud of his role as local counsel in the Lawrence case, in which the Supreme Court overruled the case of Bowers v. Hardwick and overturned all sodomy statutes in the country.

Among his many awards, Mitchell has received the Humanitarian Award from the Houston Conference on AIDS in America, the Advocacy Award from the Bar Association for Human Rights of Greater Houston, the State Bar of Texas's Frank J.Scurlock Award and Judge Norman Black Award, a Community Service Award for Outstanding Citizenship from Houston's ABC affiliate Channel 13, an award as "Top Attorney" from H Magazine, the John Walzel Political Equality Award from the Human Rights Campaign, and an award as Outstanding Civil Rights Attorney from the Equal Employment Opportunity Commission, and he was named a Texas Monthly Magazine "Super Lawyer" 4 years in a row.

Mitchell and his partner, Walter, have fulfilled a lifelong dream of having a family by adopting two children, Sebrina and Sebastian.

From the offices of Katine Nechman McLaurin in Houston, Texas, we help clients throughout the Greater Houston area, including Pasadena, Galveston, Sugar Land, Conroe, Richmond, Rosenberg, Bellaire, Humble, Harris County, Galveston County, Brazoria County, Fort Bend County, Wharton County, Montgomery County, the Inner Loop, The Galleria, all areas of the Texas Gulf Coast, and the entire state of Texas. Our immigration practice covers clients throughout the United States and around the world.

CORONAVIRUS UPDATE: WE ARE OPEN AND READY TO HANDLE YOUR LEGAL NEEDS

We hope you and your loved ones are staying safe and well during the Coronavirus pandemic.

Katine Nechman McLaurin LLP remains dedicated to assist you through in-person visits (though we ask that anyone coming to the office wear a mask), and for those who prefer, we can also continue to assist you through such means as remote access, e-mail, teleconferencing, and videoconferencing. We also continue to receive mail, facsimiles, and emails; we have a mail slot by our front door for items that need to be delivered; and we can process credit card payments over the phone. We will continue to provide the service and attention you expect on all of your legal needs during these difficult days, and we will continue to keep you informed as this situation evolves.

FOR CONSULTATIONS OR QUESTIONS: Contact us at 713-808-1000 or info@lawkn.com or via our individual cell phones or email addresses.